Beyond Birds & Answers: A Dialogue

Thinking of what to say to introduce this book is like trying to put the wind in a bottle or running to catch a firefly. ​

Once the decision to exchange words and images was made between us, it became a flow, a natural function of spirit, somewhat effortless. Of course the shaping came later, putting this book together as a carefully designed work of art.

Thinking of what to say to introduce this book is like trying to put the wind in a bottle or running to catch a firefly.

Dialoguing in poetry is an ancient form. The Japanese wrote linked poems. The poet in this book has been dialoguing with other poets for over 30 years, and even earlier as a dancer. Ekphrastic poetry is also as old as the written word. We see this in the beauty of the Chinese scrolls. A poet writing with an artist becomes a conversation and an ever-expanding story. Writing can be like dancing to a painting. Painting can be like singing to a poem. Colors bring words and words invoke shapes and stories.

We invite the reader to find a beautiful place to read this book, a place where you can sit and simply dream. 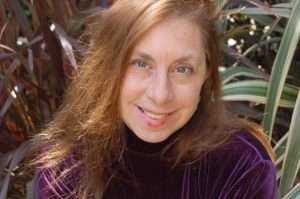 Alice Pero has created dialogue poems with over 20 poets. She started dialoguing with other poets as a dancer in the 1980s and these continuing exchanges with other poets have resulted in thousands of pages of poetry. Her work with New York City artist Vera Campion is her first conversation with works of art. Pero’s poetry has been published in magazines and anthologies, including Nimrod, National Poetry Review, River Oak Review, Poet Lore, The Alembic, North Dakota Quarterly, The Distillery, Fox Cry Review, The Griffin, and G.W. Review, “Coiled Serpent,” “Wide Awake,” “Altadena Poetry Review,” and “Pratik.” Her first book of poetry “Thawed Stars” was praised by Kenneth Koch as having “clarity and surprises.” Pero is a teacher of poetry and a member of California Poets in the Schools, having developed a unique style of teaching children poetry based on rhythm and other art forms. Devoted to poetry as spoken word, she also formed the reading series Moonday in 2002. An accomplished, classically trained flutist and former dancer, she formed Windsong Players Chamber Ensemble in 2015, which performs regularly around the Los Angeles area. You can learn more about Alice Pero’s work at www.alicepero.com. 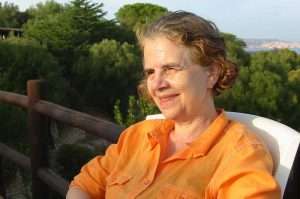 Vera Campion is a New York City artist. She comes from a little village in Czech Republic where she collected mushrooms and berries in the summer and attended firemen and forest ranger balls in the winter. Till this day, the national costumes and the vivid memories of childhood influence the shapes and colors in her work. Poetry, with its new metaphors and concepts, adds ongoing inspiration. She loves to work and goes by the idea that inspiration is not waited for, but is invited. She sees her art as “reality in metaphor.” She loves collage. She says it is as if the picture grows organically from the cut-up shapes and the final image comes as a surprise. She has shown mostly in New York although she had a Solo exhibition in Prague and also had work shown around the United States and Canada. Vera also earned a Certificate of Service for 9’ x 5-feet mural design for the Child Welfare Administration, as well as commendations for her holiday murals at the Church of Scientology. She opens her studio to the public once a year. Vera carried on dialogue with Bob Hart, New York poet, to whom this book is dedicated and currently her dialogue with Alice Pero continues. verlancampion.com.

There are no reviews yet.

Be the first to review “Beyond Birds & Answers: A Dialogue” Cancel reply